The meeting will take place virtually from September 20-24. The presidents of Chile and Costa Rica, as well as the highest health authorities of the Americas will speak at the opening session on Monday, which can be followed live on the organization’s channels

Washington, D.C., 20 September (PAHO/WHO)- Ministers of Health and other high-level authorities of the countries and territories of the Americas will participate in the 59th Directing Council of the Pan American Health Organization (PAHO), from the 20-24 September, to debate and analyze the response to COVID-19 and other main health challenges facing the region. This will be the second consecutive year that the Directing Council will be held virtually.

The presidents of Chile and Costa Rica, Sebastián Piñera and Carlos Alvarado Quesada, will speak at the opening ceremony of the Directing Council on Monday September 20 at 9.30am (Washington D.C. time), along with the Director General of the World Health Organization (WHO), Tedros Adhanom Ghebreyesus and the Director of PAHO, Carissa F Etienne.

The ceremony will also be attended by the Secretary General of the Organization of American States (OAS), Luis Almagro; the President of the Inter-American Development Bank (IDB), Mauricio Claver-Carone, the Secretary of the United States Department of Health and Social Services, Xavier Becerra, and the Minister of Health and Social Protection of Colombia and outgoing President of the PAHO Directing Council, Fernando Ruiz Gómez

On Monday, the PAHO Director will present her annual report July 2020 – July 2021, which highlights the organization’s support to countries during their response to the pandemic, while maintaining and strengthening their other health achievements. An update on COVID-19 in the region will also be provided on Wednesday afternoon.

Discussions will also focus on resolutions, policies and roadmaps that aim to increase the production capacity of essential medicines and health technologies in the region, revitalize immunization as a public good, digitally transform the health sector, establish resilient health systems, and ensure post-pandemic recovery, among others.

A series of side events to the Directing Council will take place during the week. From 1-2pm(Washington D.C. time) on Tuesday, there will be an event on technology transfer for the production of mRNA vaccines, where PAHO will announce the beneficiaries and regional projects that have been selected to develop these vaccines, as well as the consortium of countries and manufacturers that will work on this technology.

The PAHO Director and the Director of the Economic Commission for Latin America and the Caribbean (ECLAC), Alicia Bárcena will come together on Wednesday, from 1-2pm(Washington D.C. time), to discuss a comprehensive response to addressed the prolonged crisis due to the pandemic and the link between health and the economy.

The PAHO Award for Health Services Management and Leadership 2021 will also be presented during the week. 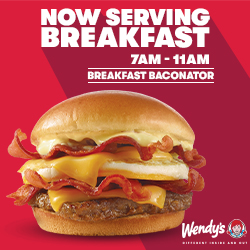